Skip to content
Please welcome Gayle Sudit as our new Invasive Weed Committee Chair.  Below is a summary from Gayle of our current status in regards to native and non native weeds in Lake Archer:
On June 21 Jim Straub and Tom Flannery from the Massachusetts Department of Conservation and Recreation (DCR) joined us for a Weed Watcher Training event. In preparation of this meeting weeds were collected, photographed and mapped throughout the lake using scuba gear the weekend of June 9-10.  The training focused on teaching us how to identify the plants that are growing in Lake Archer how to prevent more non native invasive weeds from being introduced into the lake and the different methods of treatments. They also distributed several informative brochures (and offered to send more for those who are interested) including one focused to Stop Aquatic Hitchhikers (the universal symbol and tagline to remind boaters to be conscientious about preventing the spread of invasive weeds from one body of water to another).

The South American Waterweed has been discovered in the cove bordered by Lakeside and Jones St. as well as the cove at the north end of the lake.  This weed is highly invasive and was introduced to the lake by someone dumping a fish tank into the lake.  It is rare and has only been found in two lakes in Massachusetts.  This is preventable by always dumping fish tanks upland.  No one should remove this weed by themselves as it may fragment and re route elsewhere.  It should only be removed by professionals.  If you do see fragments floating remove them carefully.

The Native Clasping Leaf Pondweed is the only other weed at this time that is of concern.  Although it is native, it can be a nuisance.  This weed is found throughout the edge of the lake in small amounts, however, it can become more dense.  We ask that everyone harvest these pondweeds manually if you find them in front.  Use a small hand spade to get it out by the roots.  This plant will not fragment and regrow so it is okay to remove.  Dispose of it upland.

The Fern Pondweed is the predominant weed throughout the lake and is found virtually everywhere. This is a good weed and the density is probably saving us from being invaded as it blankets most of the lake with a thick cover and is coated with silt dust.  This plant should be left in place and not disturbed except in the immediate swimming area in front of your property.  As a side note, the lake bottom is mainly silt with the exception of hardpack on the west shore along Oak Point and the narrow shallow area from the sunken island to the narrow part of the lake.  This is neither good nor bad, just an observation. 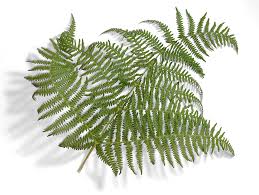 The Coontail Pondweed is the second most cited native weed.  This is also a good weed and should be left alone.

There are many other native weeds that were found in small quantities and do not pose a threat to the lake.

We also learned that nearby storm drains go directly from the street (including 140) to the lake, so the DCR representatives encouraged us to be thoughtful about what goes down those drains (i.e. not soap from car washing, etc.). They also noted that leaking septic systems are problematic and all should be pumped regularly.

The Wrentham Conservation Commission also cautioned against allowing fertilizer run off and dirt to get into the lake (as it can throw off the amount of phosphorous in the lake and unintentionally fertilize the weeds).

The DCR representatives expressed the importance of hiring an independent consultant  to conduct a professional survey.  The survey will inventory and map the lake for weed growth and other environmental factors.  This includes GPS coordinates for invasive growth so we can monitor and treat effectively.  They will also provide an unbiased third party to recommend the best approach to address the findings.  The Board will be selecting a consultant shortly based on the recommendations from the Invasive Weed Committee.  We will update you as we proceed.

As most of you are aware that aquatic invasive weeds have been introduced within Lake Archer over the years and are beginning to spread. Though the lake remains a beautiful location to enjoy, if not managed the continued spread of these invasive weeds will no doubt impact the future enjoyment of the lake as well as the investment we have all made in lakefront property.  Please download this informative document to Please read, print and save the following document to learn how to prevent the spreading of aquatic invasive species.

Where: via Zoom (details TBA)

We wanted to reach out to everyone on the lake to express our concerns for water quality issues in regards to Lake Archer.  Like all of you, we live on the lake to enjoy this special place for both recreational and quality of life purposes.  Lake Archer has always been a unique place because of the lack of public access.  This has helped keep the lake from exposure to severe invasive weed issues that exist on Lake Pearl.  However, this appears to be changing rapidly.  Over the past few years we have seen the lake quality degrade as evidenced by several types of invasive weeds, water discoloration and surface foam.  Some of us suspect there is some discharging of laundry machine water into the lake causing the foaming and the influx of many new boats and rental homes have certainly contributed to the invasive weed growth.

We believe it is time for us to combat these issues and we can only do it together.  We all have considerable investments in both real estate and our quality of life and it is up to us collectively to protect that.  We are proposing to form a lake association with the purpose of addressing these issues.  While this is certainly not mandatory, we hope that you will agree that it will benefit all of us.  A visit to Lake Pearl clearly demonstrates the negative impact on recreational activities with the extensive invasive weed problems.  Lake Pearl does get some town funding to treat the lake because of the public access.  We do not have public access so we must take these issues on directly.

As a start we have contacted the state in regards to their Weed Watcher Program to help us address this issue.  We would like to organize a meeting shortly so we are requesting your email address to keep you in the loop.  Please email us at lakearcherma@gmail.com with your name and address if you would like to be involved.  We certainly can’t do this alone.

If anyone is interested in a great aerial photo of your home, click here to request more information.